It could be that a blink is the shortest physiological human movement that we can perceive through the senses. That is exactly why it gave name to the tiniest unit of time. Nothing lasts shorter than the blink of an eye and nothing is as elusive. Also, in philosophy the blink of an eye became the gates to eternity: a moment suspended turns endless and extends beyond the frames of chronological time of collecting moments. Perhaps the beauty of photography, this art of hunting moments, exactly lies in the capability to portray the impressiveness of a moment captured. It has passed away long ago, yet it remains here, stretched as if the melting clocks of Salvador Dali, lacking a clear beginning and an end. Such a captured moment can be seen in the photograph of Romualdas Požerskis: an alley is captured on some distant day of the year 1975 and today it is exhibited exactly there in a place, which would appear as unchanged, yet truly far from being the same. The zooming in on the sole moving object of the then-moment, as if an attempt to grasp what had been suspended there, highlights just the photographic “grain” as a patina of the times gone. Time stops for nobody, and the moment suspended in the end is a mere illusion: time is rippling as if a cloth flailing in zero gravity, constantly and facetiously disclosing its ephemeral and elusive being, also reminding that other aspect of a moment, that it is unique and never to be repeated again. Not only the moment, but the continuum of moments also eludes suspending. They roar one after another like wagons of a never-ending train because time cannot stop, and the human incapability to cease blinking effectively illustrates that. 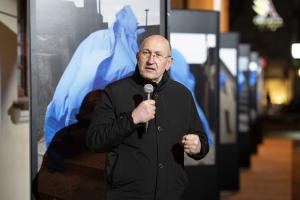 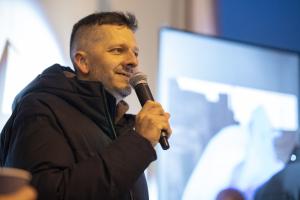 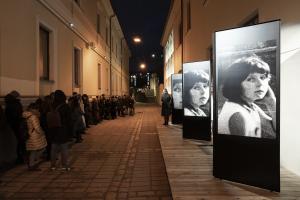 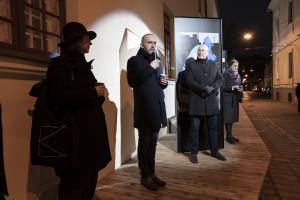 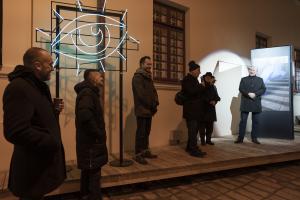 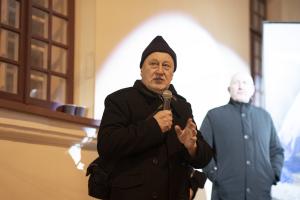 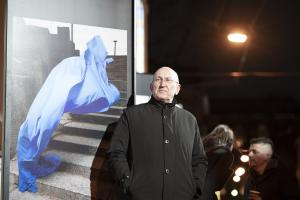 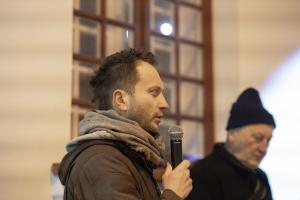 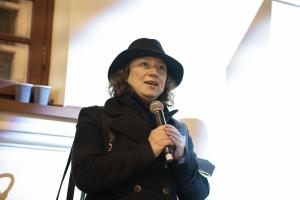 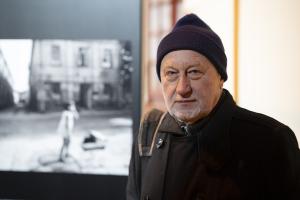 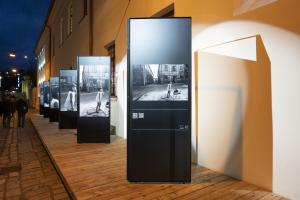 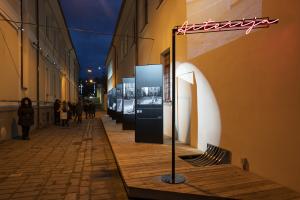 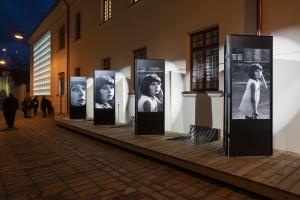 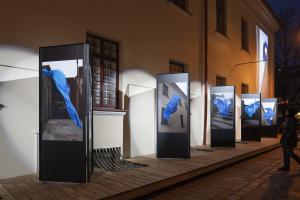 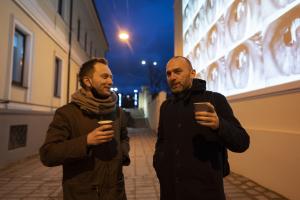 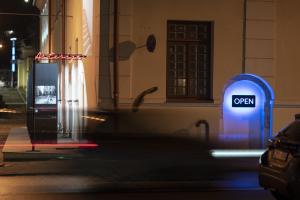 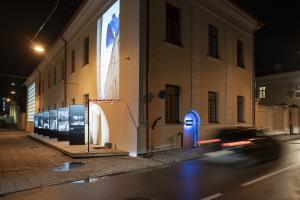